A careful analysis of measurements of circular dichroism of poly(L-glutamic acid) (PGA) shows that the data can be very accurately described by introducing a third state for the PGA configuration, in addition to the helix and coil ones, and considering a simple equilibrium between these three states, without cooperativity. The third state is more conspicuous when high molecular weight polyethyleneglycol (PEG) is added. Excluded-volume effects shown by differences in the presence of short and long PEG chains suggest a direct interaction of PEG and PGA rather than an osmotic effect. 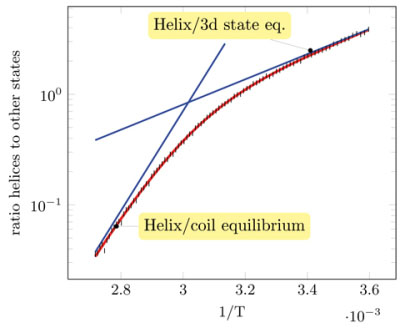