The effect of ambient fluid flow on a charged porous spherical particle suspended in an aqueous medium is analyzed. The porous particle is ion permeable and fluid penetrable. The induced electric field due to the polarization of the particle’s electric double layer and counterion condensation leads to a hindrance effect on particle migration by producing an electric force. The influence of this retardation force on the hydrodynamics of the particle is studied through the Nernst-Planck equations, which are coupled with the Stokes-Brinkman equation. The interactions of the double-layer polarization, shielding effect, electroosmosis of unbalanced ions and fluid convection are analyzed. The settling velocity and fluid collection efficiency of the charged aggregate is determined. We have studied the electrokinetics for a wide range of fixed charge density and permeability of the particle with no assumption made on the thickness of the double layer relative to the dimension of the particle. 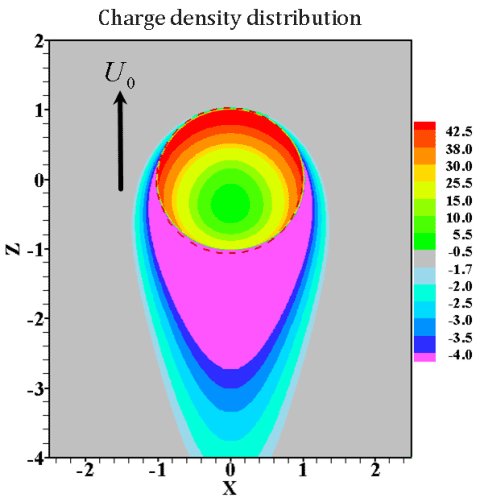